Steven P. Treon, MD, PhD, has been promoted to professor of medicine at Harvard Medical School (HMS). Treon earned a doctorate in tumor immunology from Boston University (BU) and his medical degree from BU School of Medicine. He completed an internship in medicine and a residency in internal medicine at BU Medical Center. He also completed a clinical fellowship in hematology and oncology at Massachusetts General Hospital and a research fellowship at Dana-Farber and HMS.

Discoveries in his laboratory on the role of key mutations in Waldenstrom’s led to the first breakthrough designation by the Food and Drug Administration (FDA) for accelerated approval of the targeted drug ibrutinib for treatment of the disease. Treon also served as principal investigator of the pivotal trial supporting FDA approval of ibrutinib for Waldenstrom’s. He has led other clinical trials resulting in the adoption of novel therapeutics and combination therapies for the disease.

Treon has published more than 250 original articles, reviews, reports, and book chapters. He has received numerous awards for his clinical and research efforts, including an ASCO Young Investigator Award, the Robert A. Kyle Award, designation as “America’s Top Doctor” by U.S. News and World Report, and “Best of ASH” recognitions in 2011 and 2013 at the annual meeting of the American Society of Hematology. 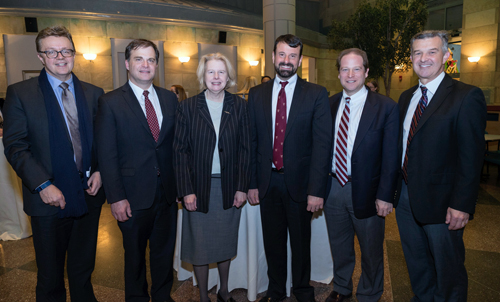